April Foo Day! Beautiful Ways to Use Foo Dogs in Your Home

April Foo Day! Beautiful Ways to Use Foo Dogs in Your Home

Happy April FOO Day, Friends! April 1 was just begging to be re-named with these fun ideas for your home using foo (or fu) dogs!… Happy April FOO Day, Friends! April 1 was just begging to be re-named with these fun ideas for your home using foo (or fu) dogs!

I have to confess that it took awhile for foo dogs to grow on me. As a child, I always thought they looked too scary. Which, is really the point of them after all. They didn’t look like any dog I had ever wanted to pet. With the confusion of a dog that looked like a scary lion, I just didn’t take to them well.

Interestingly enough, my reaction as a child was exactly the emotion that foo dogs were meant to evoke. What is also interesting to me is that they originated in China, and the Chinese refer to them as lions. We Westerners came up with the name “Foo/Fu Dog”.

The purpose of a foo dog was to be a symbolic guardian. With each pair representing a male (typically holding a ball/globe) and a female (typically holding a pup), the pair guarded a home and the occupants inside of it. Originally, foo dogs were large, imposing figures for the outside of the home. As time passed, smaller versions were created for inside the home. And, the smaller versions are what won me over- especially the ones in beautiful colors.

For April FOO Day, I set the table for Foo, Party of Two. I really wanted to just have some fun with this table~ to make it pretty and different. On April 1, it feels like anything goes! I layered seagrass placemats (from Appointments at Five), white and gold dinner plates, and beautiful pink floral salad plates (from Parker Kennedy Living)

For table linens, I used my great-grandmother’s hand-embroidered table scarves. I layered one as a tablecloth and then added one between each plate and seagrass placemat.

I didn’t intend for the table scarves to be used as napkins but instead to be a layer to soften the look between the seagrass and the china. I wanted to add in the soft colors and hand-embroidery to complement the pattern on the china. For napkins, I wanted to have something that was sturdy and stronger, just like the premise behind the symbolism of the foo dog. And so, I chose a classic blue and white stripe~ with a blue and white chinoiserie napkin ring…

Don’t you just love the chinoiserie beaded napkin rings?? I think having the blue and white beads on blue and white napkins offers a really subtle detail. It isn’t as noticeable at first, and so it is a nice surprise to see~ and it’s a way of tying in the origin of the foo dog. The beautiful napkin rings are from Designs by Laurel Lee

To top off the place setting, I placed a turquoise foo dog in the center of the plate. What a fun and unexpected table guest! This particular foo dog is an antique piece from Parker Kennedy Living, but they have similar ones available.

For the center of the table, I added in the floral arrangement that I made from boxwoods and azaleas from our yard. I put the clippings in a glass and then placed the glass inside my square blue and white cache pot.

I really like the bright look of the gold flatware on the table- it plays off the gold in the plates and the cache pot.

The vintage turquoise glasses were the finishing touch and the perfect way to tie it all together. Wouldn’t this be a fun table to set for your friends and family?

No foolin’, I am wishing you a wonderful April Foo Day. I hope that you come back often for fun ideas to make your everyday life at home a bright and cheerful experience! To see more ideas for adding foo dogs to your home decor, stop by join the Foo Party on Instagram too! 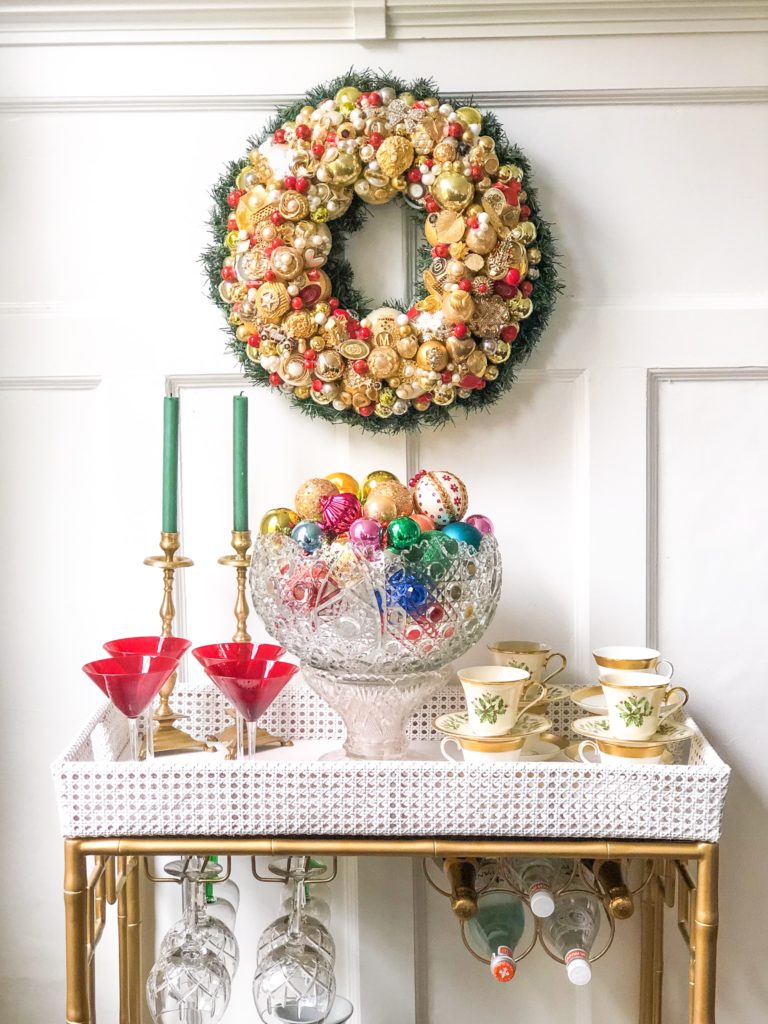 Are you guys ever wowed by all of the creativity that is out there for us to enjoy? I am in awe every single day… Several weeks ago, I spent the day with Lance Jackson and David Ecton of Parker Kennedy Living to help them with a video they wanted…

Other Posts in Home Decor

Setting the Table in Red White and Blue